Sibed Transport Co. Ltd is admired for its people, partnerships and performance

To achieve this, we have built our company’s foundation on our values. These values distinguish and guide us in all we do. Our corporate social responsibility framework provides a guide for us to follow in giving back to the communities based in the areas in which we operate.

This is what we have done so far:

Development of the school in Phases 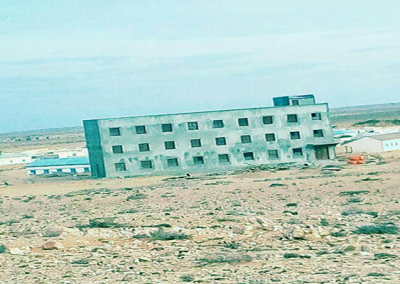 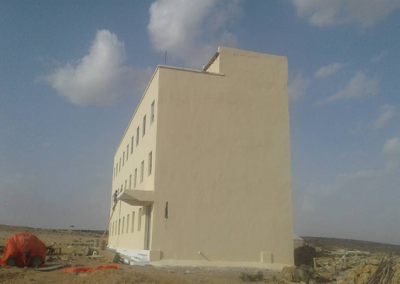 SIBED is pleased to partner with SAFE WAY RIGHT WAY which is a Non-Governmental Organization born out of a global road safety initiative by TOTAL and the World Bank, and is comprised of other corporate companies including Stanbic Bank, Toyota, CNOOC, Schlumberger, Bollore Africa, GIZ, E4D SOGEA, GP Advocates, UKAID, Transaid, Norad, Tullow, etc.

Their challenge to is simple – create a road safety campaign that drives awareness, action and sustained vigilance by road users in Uganda.
Through various campaigns like ‘GIVE LIFE A CHANCE’ among others they have been highly effective in interaction with the target audience at different touchpoints.

Most recently SAFE WAY RIGHT WAY launched The Professional Driver Training – Uganda (PDTU) project that aims to build the capacity of heavy goods vehicle (HGV) and passenger service vehicle (PSV) driver training in Uganda in cooperation with transport industry partners. This enhanced capacity will increase the employment of Ugandan drivers in the transport sector and improve road safety in Uganda.

The PDTU project was officially launched on 6th of July 2017 by the Hon. Aggrey Henry Bagiire Ugandan Minister of State for Transport, in the presence of several distinguished guests. The project was aimed to build the skills of at least 12 local trainers who in turn would be able to train drivers to a level in accordance with the East African Community standardized curriculum for drivers of large commercial vehicles. In addition, a new training facility would be established to offer HGV and PSV driver and trainer training. Currently SIBED offered the premises at their offices in Mukono where the SAFE WAY RIGHT WAY has established a new training facility. In addition, SIBED also offered one acre of open land for easy truck maneuvering by the trainees as they perfect their skills before going onto the road as well as a complete Mercedes Benz Actros Semi trailer.

It is projected that at least 800 new and existing HGV and PSV drivers will be trained as part of the project which will contribute to raising driving standards on Uganda’s roads. This will in turn enhance the employability Ugandan drivers in a sector which anticipates a growing demand for skilled and knowledgeable workforce in years to come.

The project is part of GIZ’s Employment and Skills for Eastern Africa Program (E4D/SOGA), implemented by Transaid and Safe Way Right Way in partnership with industry partners, and in partnership with the Ugandan Government and the private sector. It is funded by the German Federal Ministry for Economic Cooperation and Development (BMZ), the UK Department for International Development (DFID) and the Norwegian Agency for Development Cooperation (NORAD). 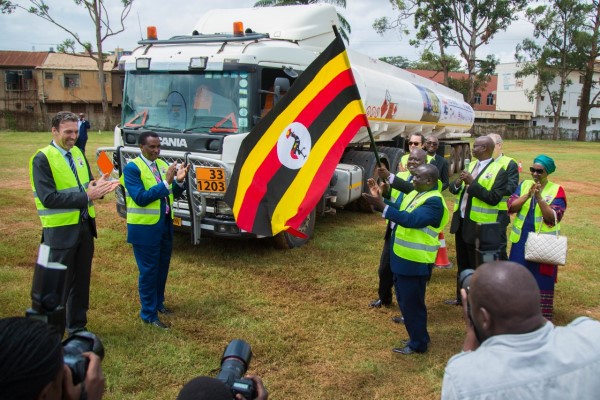